V.O. Chidambaranar Port on 16 July 2018 received the inaugural consignment of80 TEUs of e-sealed Export Containers from Dalmia Cements,Thiruchirapalli, by rail.

The export e-sealed containers, on arrival to the port by rail shall be off loaded in the area behind Transit sheds I & II. Upon production of Shipping Bills for export, the Customs will verify the details of the container with the RFID reader. After complying with all mandatory verification requirements, ‘Let Export Order’ (LEO) shall be issued by the Customs Department.

Shri N.Vaiyapuri, Deputy Chairman, while addressing the gathering stated that the ‘vision to offer customers a seamless end-to-end service resonates with our drive for higher standards of service and flexibility for our customers’.

He also stated that the strategic priority of V.O. Chidambaranar Port is to increase the volume of containers moved by rail to and from the port. During the last financial year, the Port has handled approximately 1.3 Lakh Tonnes of Cement and during the current financial year upto June 2018, the Port has handled approximately 30,000 Tonnes of Cement by General Cargo vessels.

One of the major advantages that rail offers is reduced traffic congestion on roads, assisting in reducing environmental and social impacts. Greater fuel efficiency is another factor in rail’s favour. The volumes moved by rail also reduces congestion at the wharf. 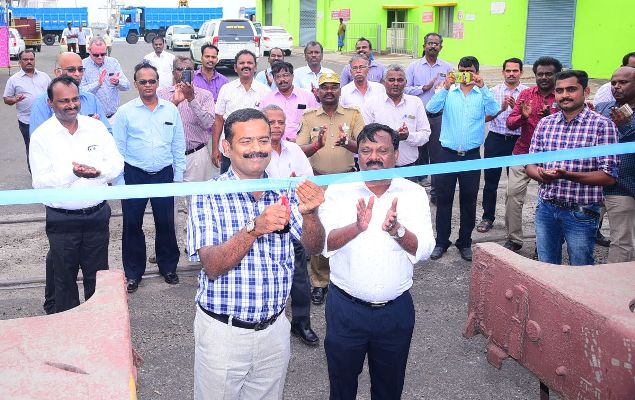