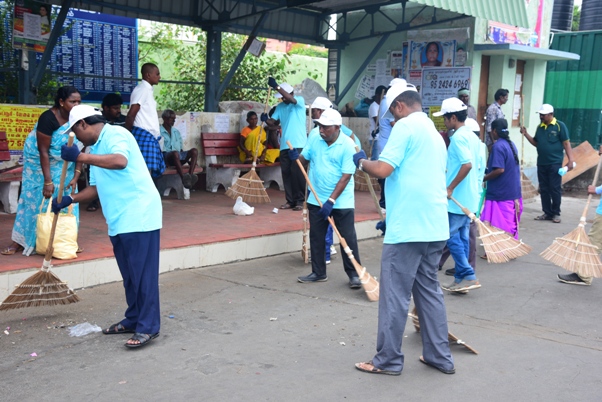 Shri N. Vaiyapuri, Deputy Chairman, V.O. Chidambaranar Port Trust administered the Swachhata pledge to a huge gathering of around 700 persons, consisting of officers and staff of the Port, PSA SICAL and DBGT Container Terminal operators, officials from SPIC, officials from All India Chamber of Commerce, Port school Children & teachers, contractors operating in the Port, CISF, stakeholders of the Port and public in general.

To educate the public commuting at bus terminus through watching and listening, street play was performed on the importance of cleanliness and avoiding plastic products. Leaflets on Cleanliness was also issued to publicly the Port officials.

The mass gathering consisting of more than 500 persons indulged themselves in cleaning activity in and around the bus terminus at Tuticorin to inculcate the awareness on cleanliness.

V.O. Chidambaranar Port Trust, Tuticorin is observing Swachhata Hi Seva – 2018 from 15.09.2018 to 02.10.2018 as per the directives of Government of India. Swachhata Hi Seva campaign has been launched to celebrate the 4th anniversary of the Swachh Bharat Abhiyan. The campaign is being observed all over the country from 15 September to 2 October 2018. The movement will realize the pledge of Clean India and to reinforce the concept of “Sanitation is Everyone’s Business”. 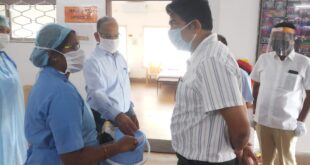 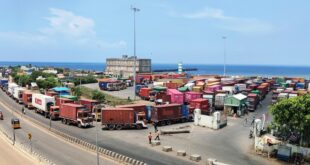