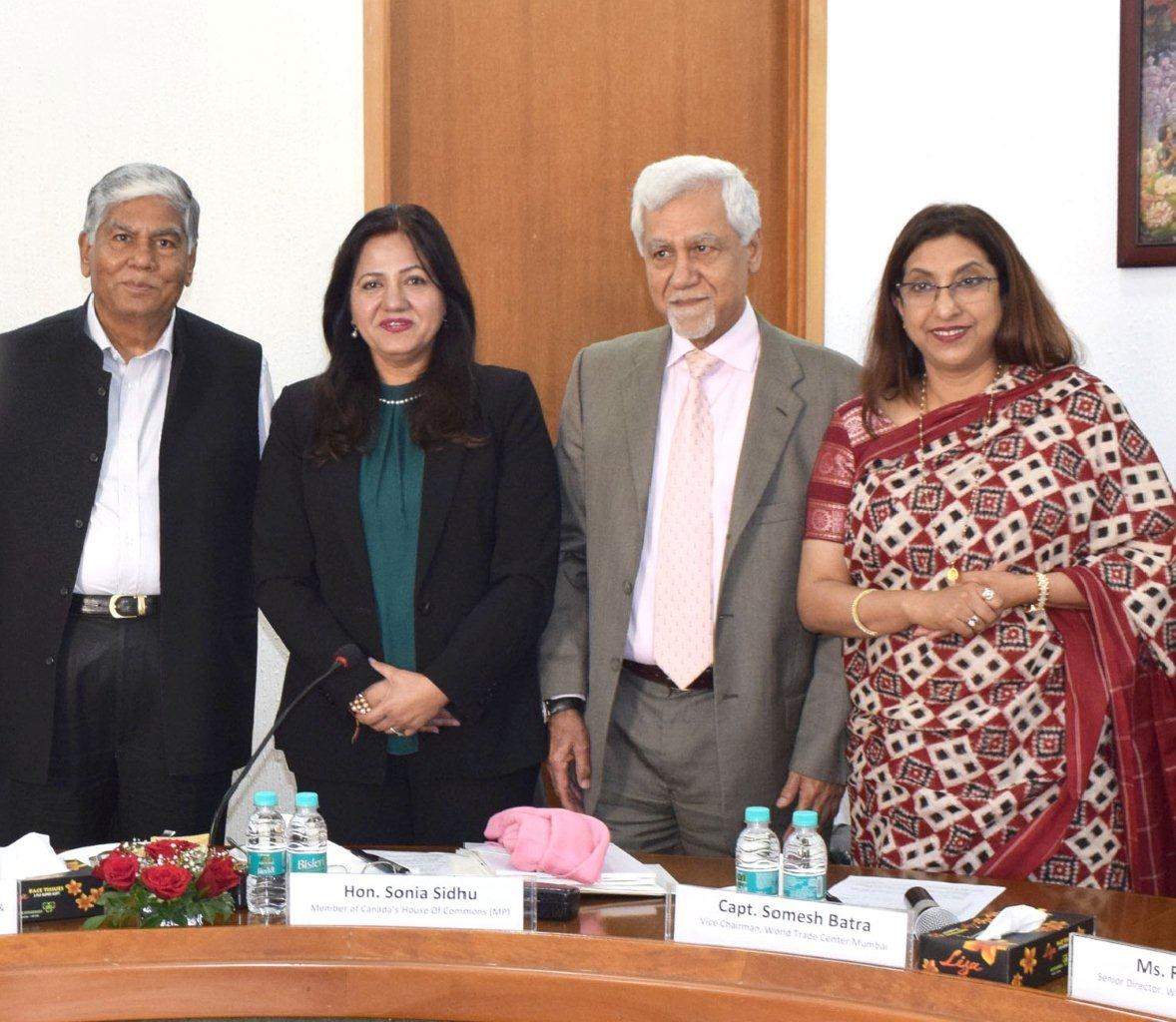 My mission is to promote trade and investment between India and Canada, and I am here to understand the obstacles faced by trade and industry in doing business with Canada, Sonia Sidhu, Member of Canada’s House of Commons (MP) from Brampton South, has said.

Speaking at an interactive meeting at WTC Mumbai, organised by All India Association of Industries (AIAI) and MVIRDC World Trade Center Mumbai, Sonia Sidhu said, “I will discuss your challenges and suggestions with our newly elected government in Canada and the new High Commissioner of India in Toronto to prepare a roadmap for enhancing bilateral relationship. This is the second time I have been elected as member of the Parliament in Canada. Compared to last time, I see renewed excitement among Indians and Canadians in my constituency to strengthen partnership with India. Therefore, I am here to learn how we can take this relationship forward.”

Sidhu suggested investors from India and Canada to avail the benefit of the Double Taxation Avoidance Agreement (DTAA) signed by both the countries.

Speaking about the scope for bilateral relations, Sidhu remarked, “I had a fruitful meeting with India’s Minister of External Affairs, other dignitaries and government officials recently and they expressed confidence in the evolving bilateral relations. The newly elected government in Canada has provided thrust on information technology, electric mobility, healthcare and other development areas, where both the countries can work together. We can also work together in the areas of gender equality, skill development, healthcare, education, tourism, waste management, drugs and pharmaceuticals.”

Sidhu pointed out that currently bilateral trade is largely concentrated in a few items such as pulses, pharmaceuticals, coal, fertilizers, iron & steel and precious stones. “We can enlarge this trade basket through frequent exchange of delegation in other sectors such as oil and gas, that have great potential,” she remarked.

Earlier in his welcome remarks, Mr. Vijay Kalantri, President, All India Association of Industries (AIAI) pointed out, “The current level of bilateral trade belies true potential for mutual collaboration. There is untapped potential in oil and gas sector, where Canada and India collaborate for mutual benefit. We should also create awareness among trade & industry about the Double Taxation Avoidance Agreement (DTAA) that is in force between both the countries.”

Mr. Kalantri emphasized on the need to expand mutual relationship beyond trade through exchange of culture, sports and tourism. In order to promote people to people contact, Government of Canada can set up a full time visa office in Mumbai, which is the commercial capital of India. He also discussed the possibility of strengthening air connectivity to strengthen people to people movement.

Pointing to the initiatives of AIAI and WTC Mumbai in promoting bilateral relations, Mr. Kalantri said, “AIAI and WTC Mumbai led a trade delegation of 24 members to Canada a few years ago. We have been leading trade delegation and receiving inbound trade missions from Canada from time to time and this plays a catalytic role in enhancing trade. We have signed 22 MoUs with various chambers of Commerce in Canada to enhance mutual trade. We are also working closely with the WTCs in Canada to promote exchange of trade and commerce.”

Mr. Kalantri raised hope that these initiatives will facilitate growth of bilateral trade, which currently stands at USD 6.37 billion. “Through concerted efforts, we can double the current trade volume in the next three years, in the form of enhanced exports and imports,” he added.